Where is your Causeway Solutions home office located? How long have you been there?
In Northern Connecticut near the “notch” on the top of the state. Sixteen glorious years.

What is unique about your home or location compared to the homes of the rest of the company?
What is unique about my home is that it was built in 1759, that we have learned to embrace closet-less living, the ability to easily touch the ceiling and uneven floors. It is very rural with lots of outside space to host our two horses, one dog, one cat, and the occasional bear.

What is your favorite thing about your home or location?
The trees, the seasons, and the tranquility. I appreciate how lucky we are to live in such a pretty place. 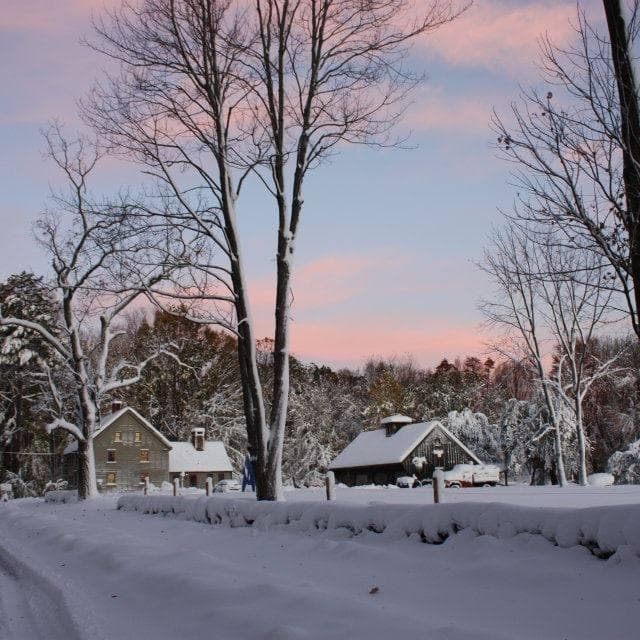 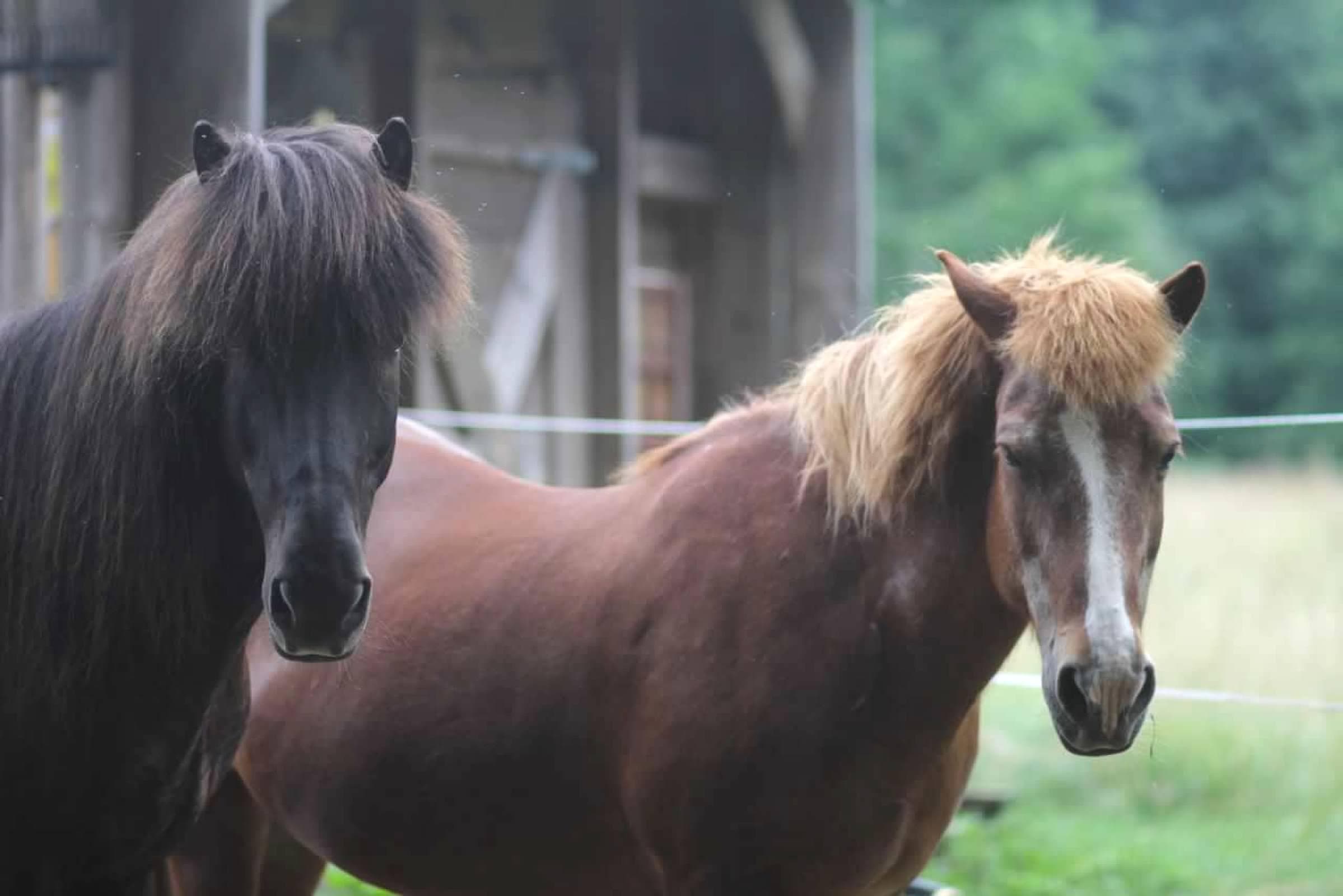 Reading about how Thérèse's house is actually older than the country, we decided to look at some analysis on the ages of the houses around her area in comparison. This layer looks at housing units by the year they were built down to the census tract, so we're able to look at the nearby neighborhoods in comparison instead of just whole counties in Connecticut and Massachusetts. 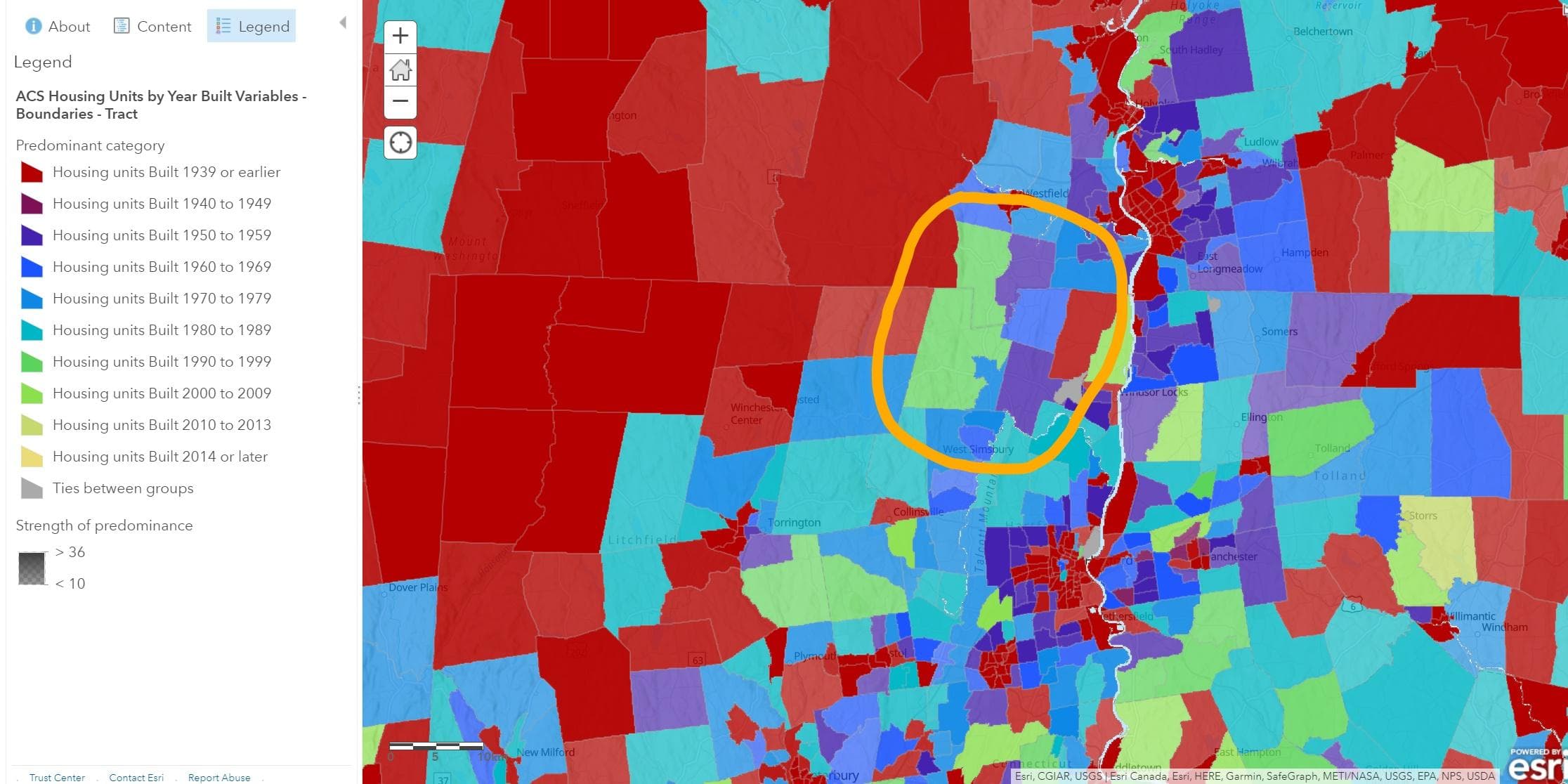