I Would Love to Give You This…A New Car!

I Would Love to Give You This…A New Car!

Instant Insights, our monthly consumer survey shows that consumer confidence has taken a turn within the last six months, with 40% of respondents saying they are worse off financially than they were 2 years ago. Also, 57% of respondents said it was unlikely that they would make a large purchase over the next six months, but what about those who will make a purchase? Read on to see Lauren’s analysis on the “likely car buyers” to get an idea of who they are, and just how to reach them.

Thirty percent of the respondents said they were likely to purchase a car within the next six months. Not surprising, these consumers are more financially secure than the general population, with about a third (34%) saying they are better off financially than they were two years ago compared to only 26% of the general population. Fifty-one percent even ranked the economic situation in the U.S. a 4 or 5 out of 5 compared to only 34% of the total. They are also more likely to believe that any debt they have, including car loans, student loans, or mortgage is manageable. 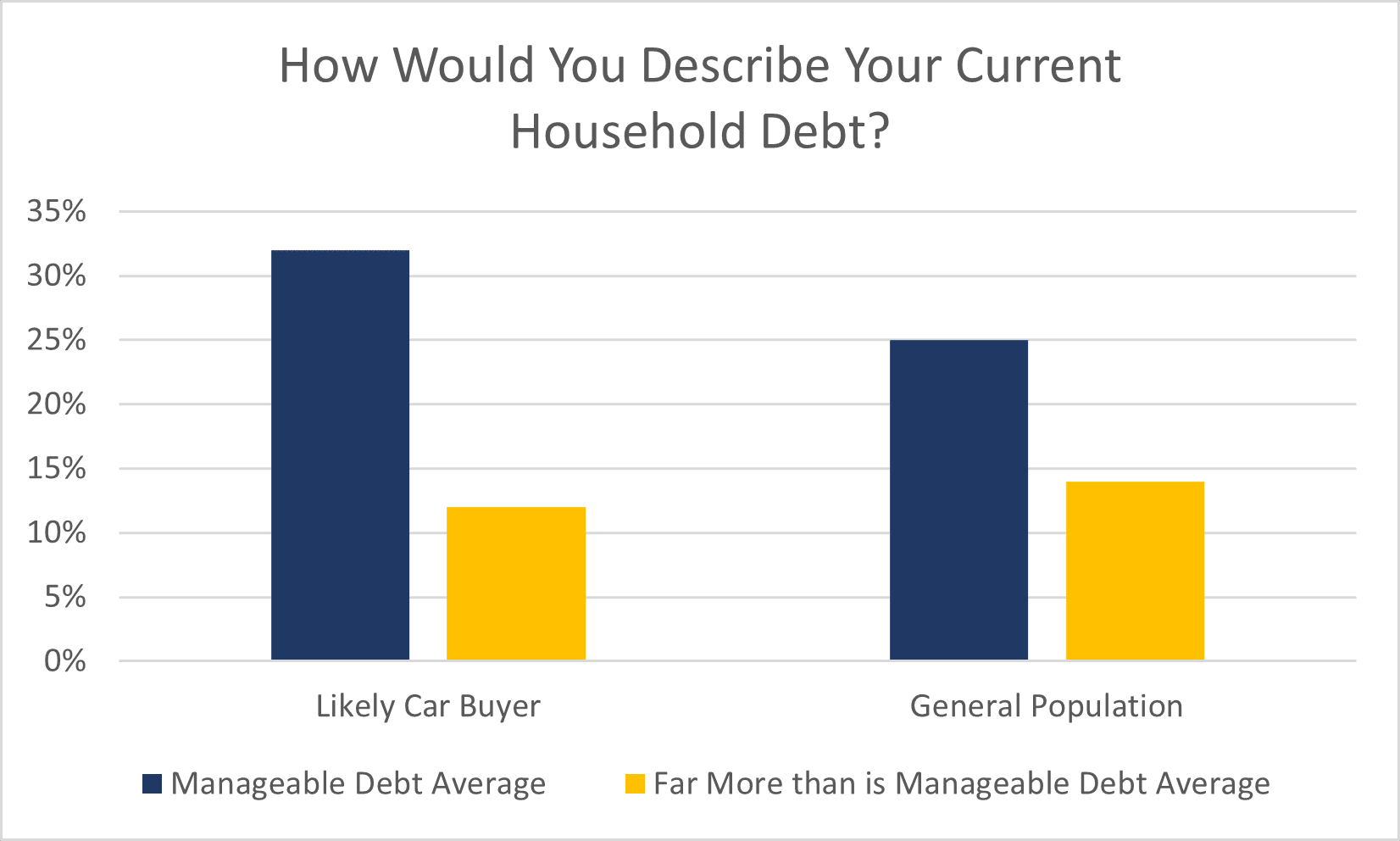 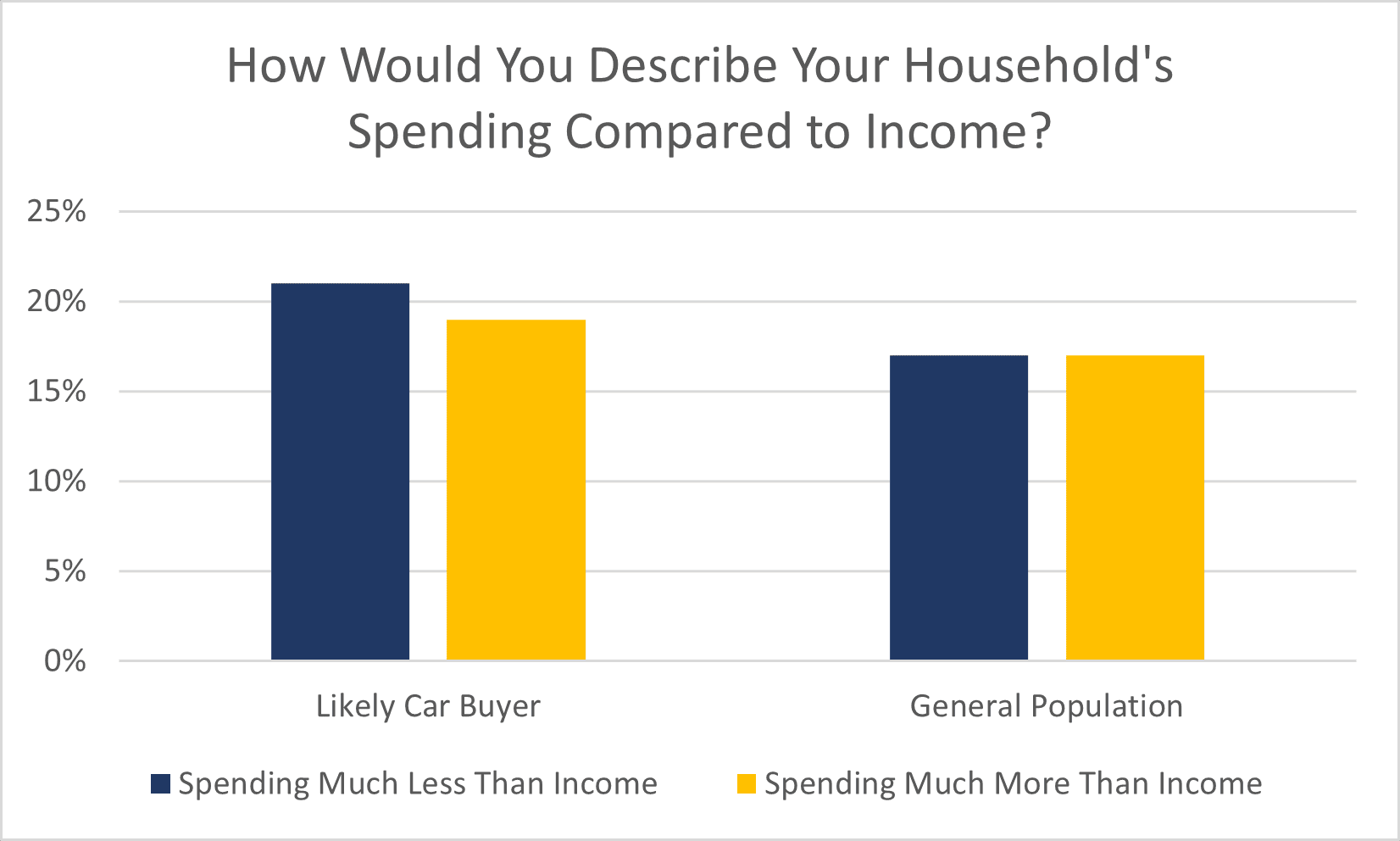 Contestant, Come on Down!

But who are these car buyers? They are mostly males between the ages of 25-44, married with one to two children while holding a university degree or better. They make more than the rest of the respondents, with 36% making $100k, but what is their consumer confidence in spending that income?

Despite being more likely to purchase a car, their enthusiasm does not transfer to overall spending. An average of 36% of likely car buyers have worried about mortgage payments, food access, and have even avoided health care and extra medications due to financial difficulties. They have also acted to address financial difficulties in the past six months, with at least a third withdrawing money from a retirement account and applying for unemployment benefits. Fifty-one percent said that they either cut back on expenses, carried a balance on a credit card, spent down savings, or sold something. 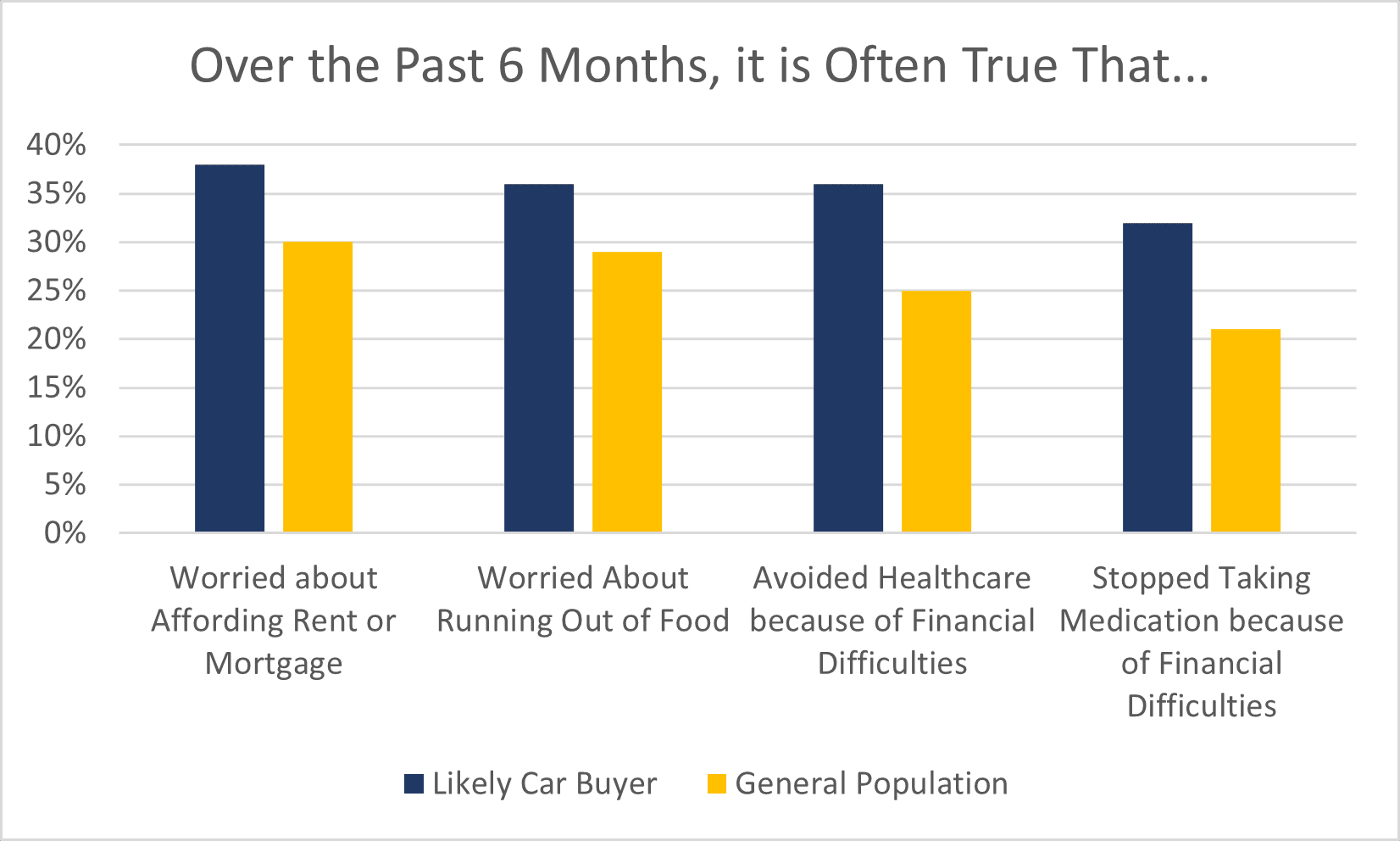 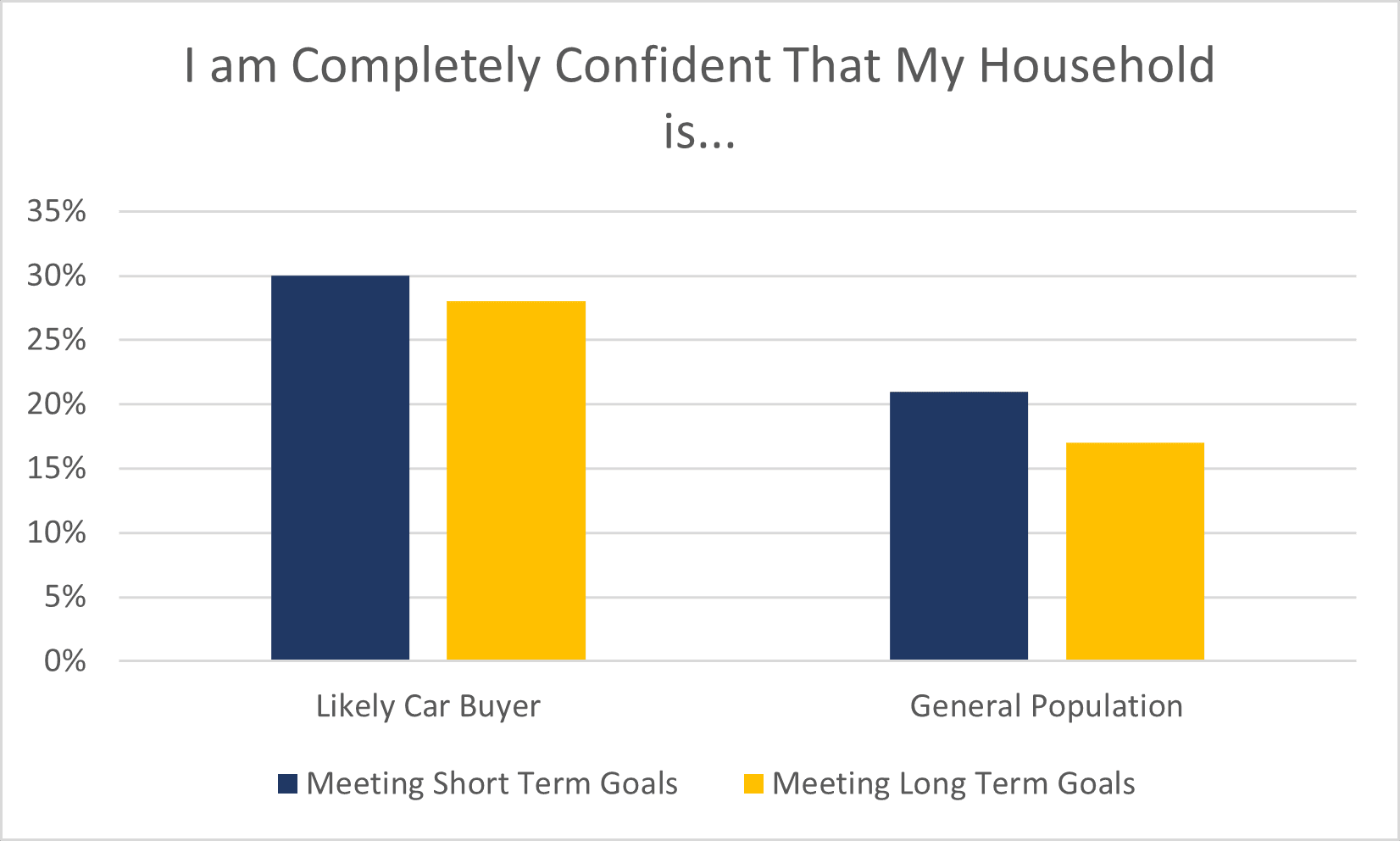 So, the likely car buyer is concerned with spending while remaining confident that they can make their spending goal. Let’s see how a car seller can reach them.

And This Car can be Yours, if the Price is Right

Buying a car for these target consumers comes down to price. Likely car buyers are just as observant of price changes as the general population, despite their higher optimism about the economy and in their own spending. When asked specifically about purchasing a car, 66% said they were at least somewhat worried about the prices of cars higher than any other concern. Thirty-eight percent said that they were very worried about the prices of cars, compared to the only 25% who were worried about other concerns such as production/delivery delays or used car availability.

Trying to reach these likely car buyers? Check out some of our general consumer digital audiences such as consumer with an interest in cars, or ask us how we can create a custom target to find likely car buyers likely to buy your cars.