Growing up, many of us dreamed of becoming an astronaut. There is beauty in exploring the stars and seeing our planet from a different view. Many are skeptical due to the dangers of traveling into the unknown, but we may be closer with billions of dollars invested over the last decade than you think. Modern advancements in commercial travel and a deep pocket of spare cash have finally given us the opportunity. The short trip to the edge of space will have you experiencing weightlessness and the chance to gaze upon Earth as only a privileged few hundred other humans have. There are now three American-based companies battling it out to gain market share in what is to be a multibillion-dollar industry over the next decade. Richard Branson's "Virgin Galactic," Elon Musk's "SpaceX”, and Amazon’s "Blue Origin" are leading the charge to open space to humankind.

Virgin Galactic is a publicly-traded company worth over $12 billion as of July 12th. Investors will be closely monitoring the test program Branson is participating in on Sunday, July 11th. This journey has been streamlined by the company's 700 paying customers, waiting in line patiently, ready to pay over $200,000 each for a single short trip ride. In addition, Virgin Galactic is the first publicly traded company that has successfully gained FAA approval to fly commercial passengers to the edge of space.

What is unique about Virgin Galatic’s SpaceShipTwo is that it holds eight of the 407 licensed commercial space launches, including the most the recent, and the SpaceShipOne holds five of those since 1989, according to the FAA Commercial Space Data.

Virgin Galactic is unlike SpaceX or Blue Origin. SpaceX and Blue Origin built a design that puts passenger capsules atop vertically launched rockets. The method you will see from Virgin Galactic uses a custom carrier aircraft called WhiteKnightTwo that totes SpaceShipTwo. This design is essentially a rocket-powered spaceplane that is shuttled to a specific elevation instead of a rocket design. It is then released, followed by a rocket blast that catapults the plane vertically toward space.

Below you will see Richard Branson's Spacecraft dismounting from its mothership to embark on a vertical flight to reach an altitude of 56 miles above the Earth's surface. Once there, the crew will float in microgravity for a few minutes, and the spacecraft will return to Spaceport America some 90 minutes later. 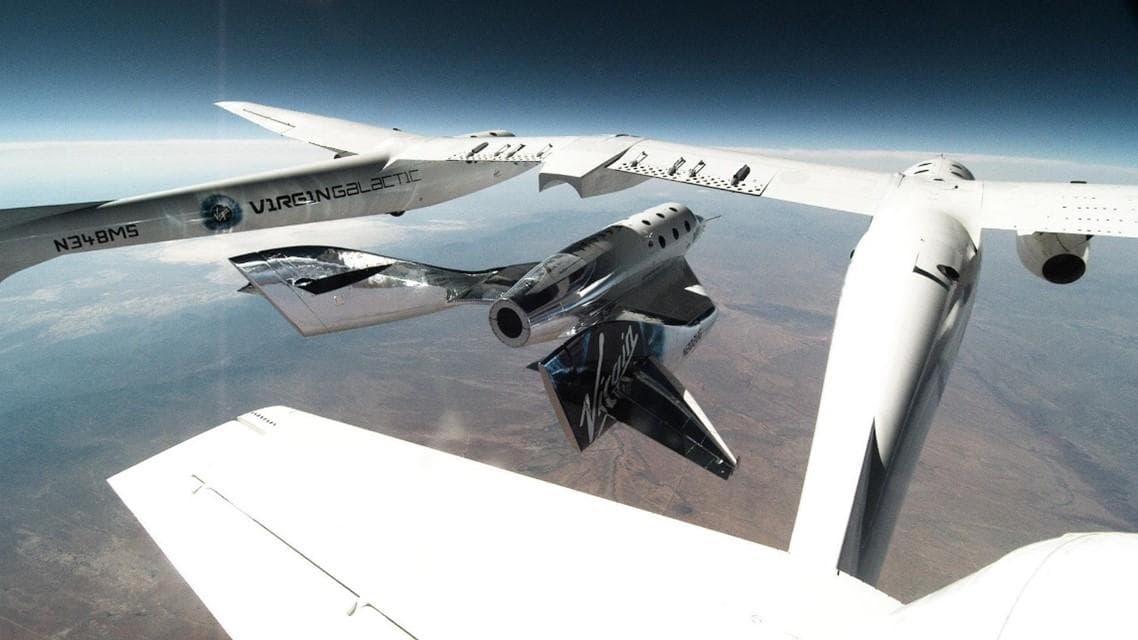 With Virgin Galactic’s customer-focused plan of giving investors the space experience in a customer-friendly format, along with their latest progressions in technology, more the company has become quite a contender in the new space race. Fortunately, the ultimate end of the race seems to be closer and closer to us with each passing year.