The Fans’ Sport: The Game of Fantasy Sports and Sports Betting

The Fans’ Sport: The Game of Fantasy Sports and Sports Betting

Being a sports fan is often perceived as a passive activity, merely watching players play and compete while the fan watches on a screen. However, some fans, and even some non-fans, have embraced more active roles in sports fandom: fantasy sports and sports betting. Both industries give fans more skin in the game and more opportunities to be part of a community with their friends, co-workers, or fellow fans during sports seasons.

Within the 1500 respondents we survey we have identified 13 key sports fan segments in order to examine correlations between their behavior with both fantasy sports and sports betting:

Our analysis of how behaviors showed that 98% of Avid Sports Fans and 96% of Casual Sports Fans watch sports, especially football, more than the general public. However, while football is the leader, many people in both groups name other sports such as baseball, basketball, soccer, tennis, or golf as their favorite to watch. 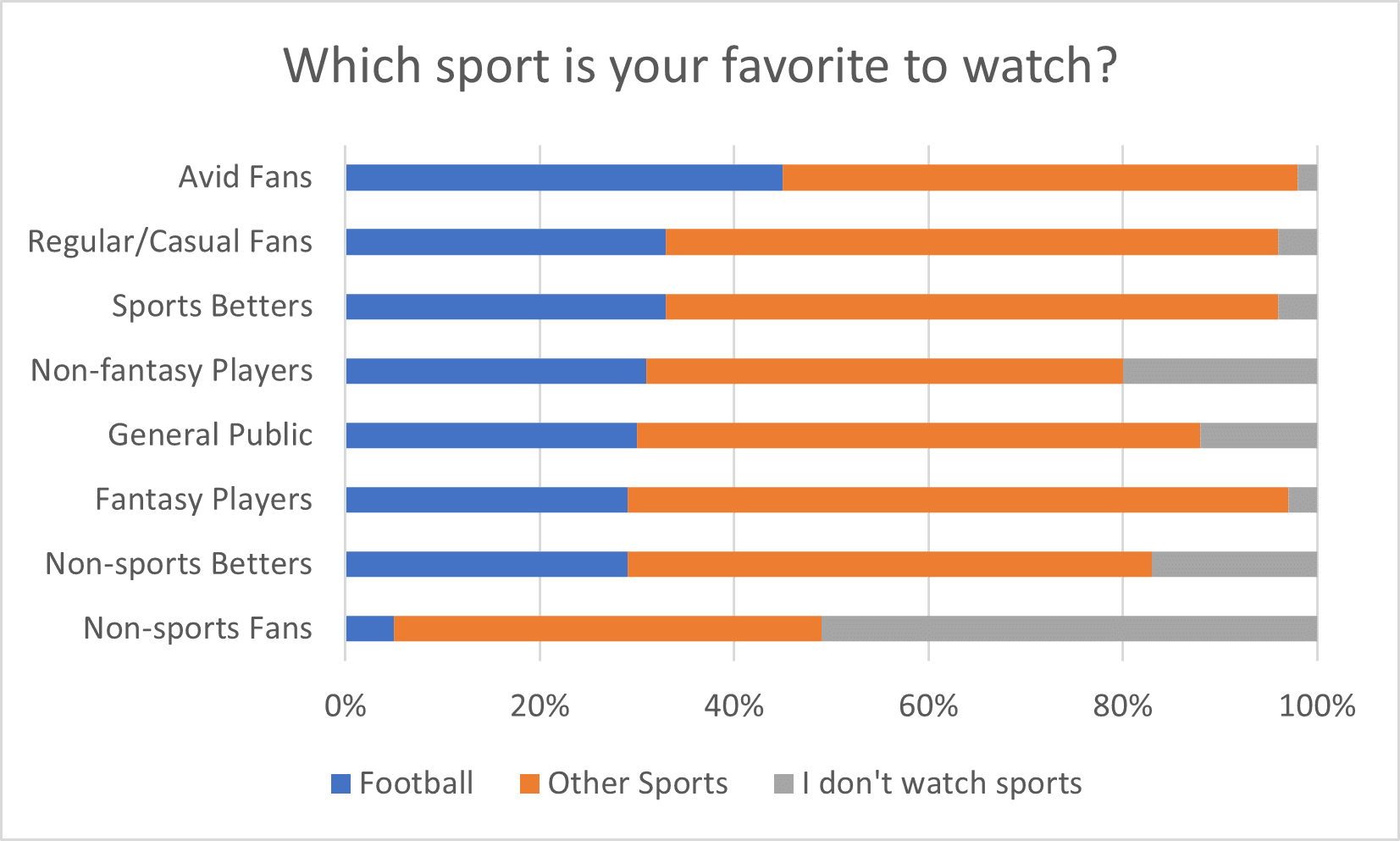 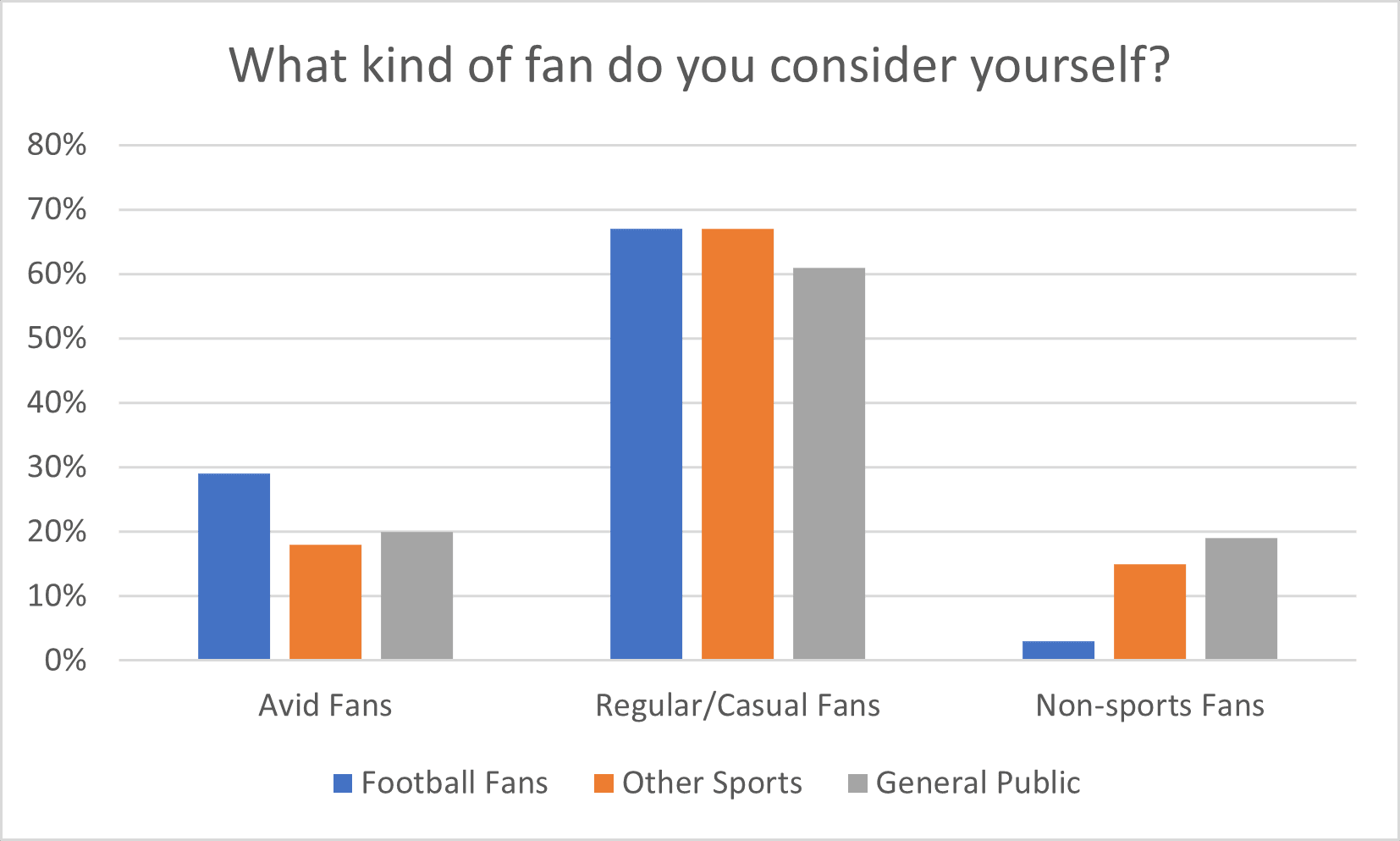 When it comes to fantasy sports, 45% said that they play fantasy sports, with 22% saying that they play fantasy football specifically. Looking at the segments listed, we found that the biggest group of Fantasy Sports Players come from Sports Betters at 74% and Avid Fans at 71%. Looking at where the sports betters live, we find that both Legal Gambling State fantasy players and Gambling Not Legal State fantasy players have lower rates of fantasy sports play than the general public but are slightly higher for legalized than nonlegalized, at 38% vs 32%. Surprisingly, Other Sports Fans play more fantasy sports than Football Fans at 53% vs 43%. 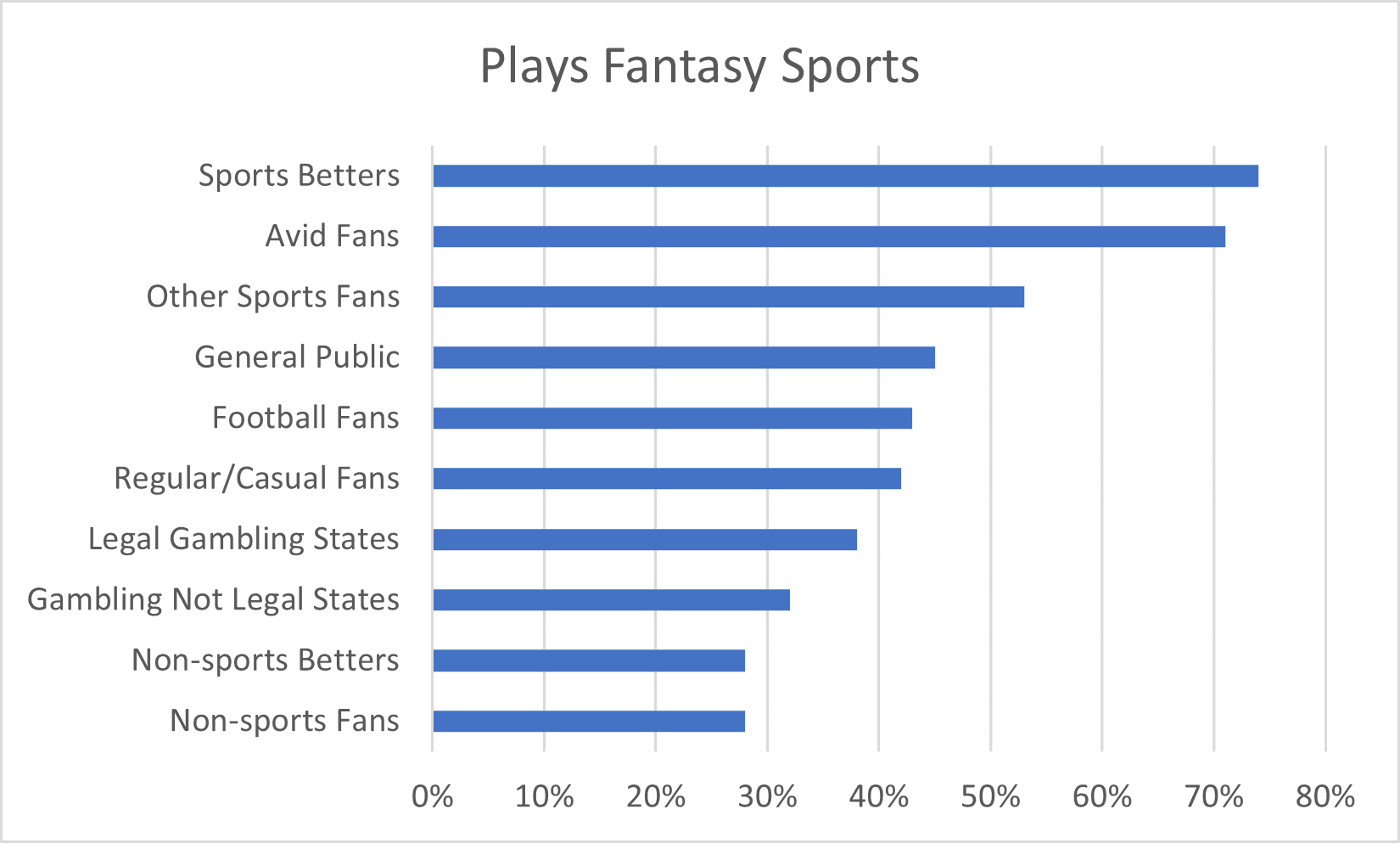 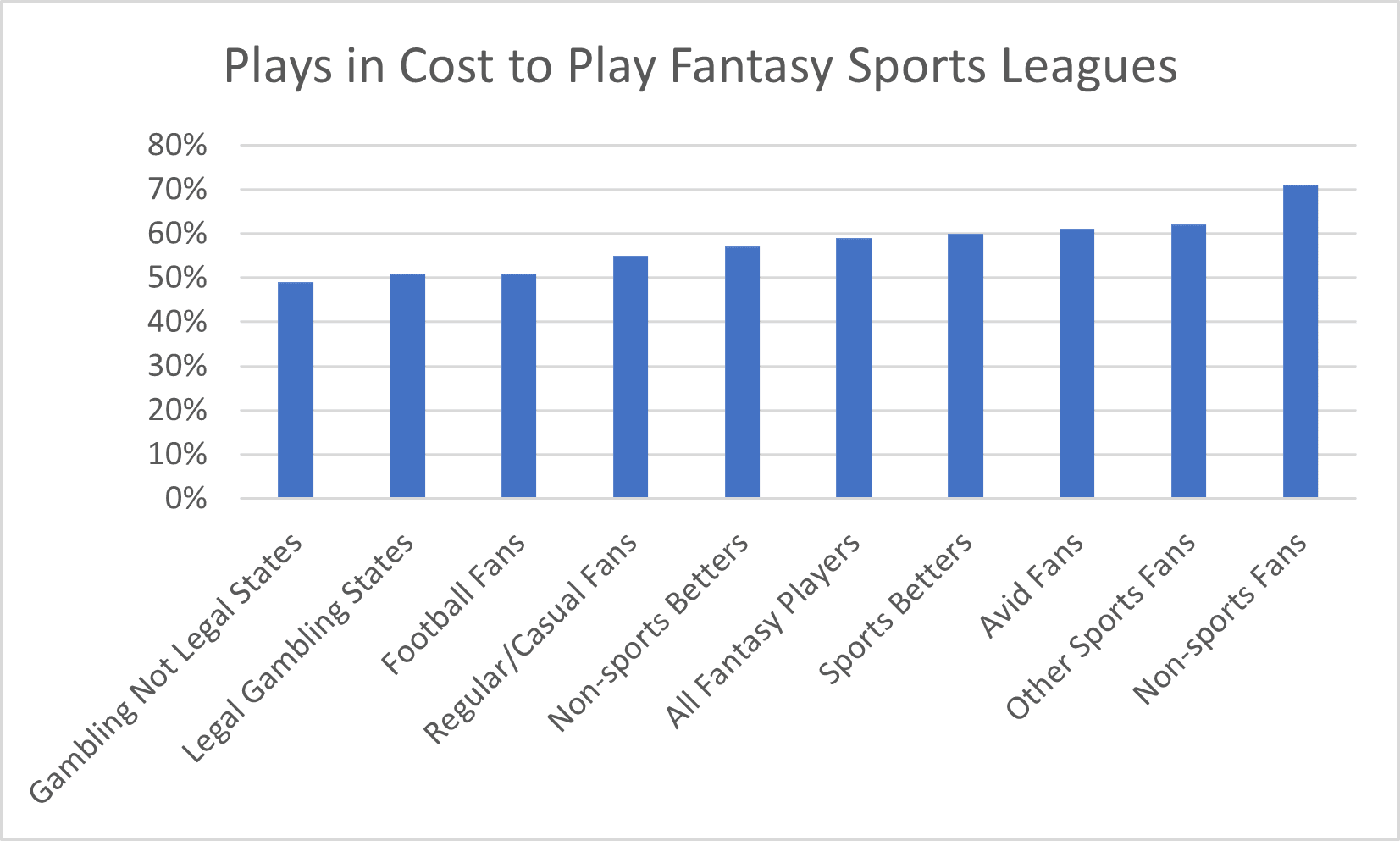 Within the last six months, six states have launched forms of sports betting, joining the current 26 states plus Washington, D.C. that have also legalized sports gambling. 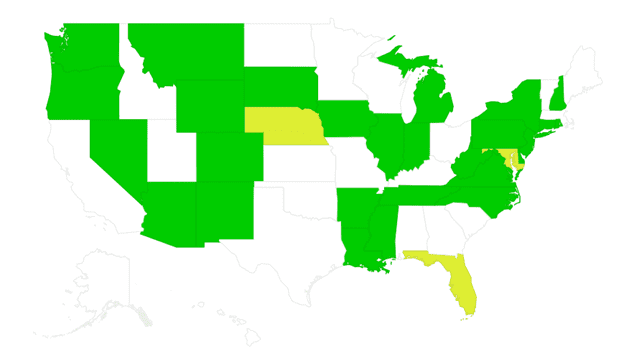 Even with a majority of states legalized, the topic seems to still be in murky territory for respondents, with 49% approving of legalization, and 51% either disapproving or having no opinion. How do our segments of respondents feel about the subject? 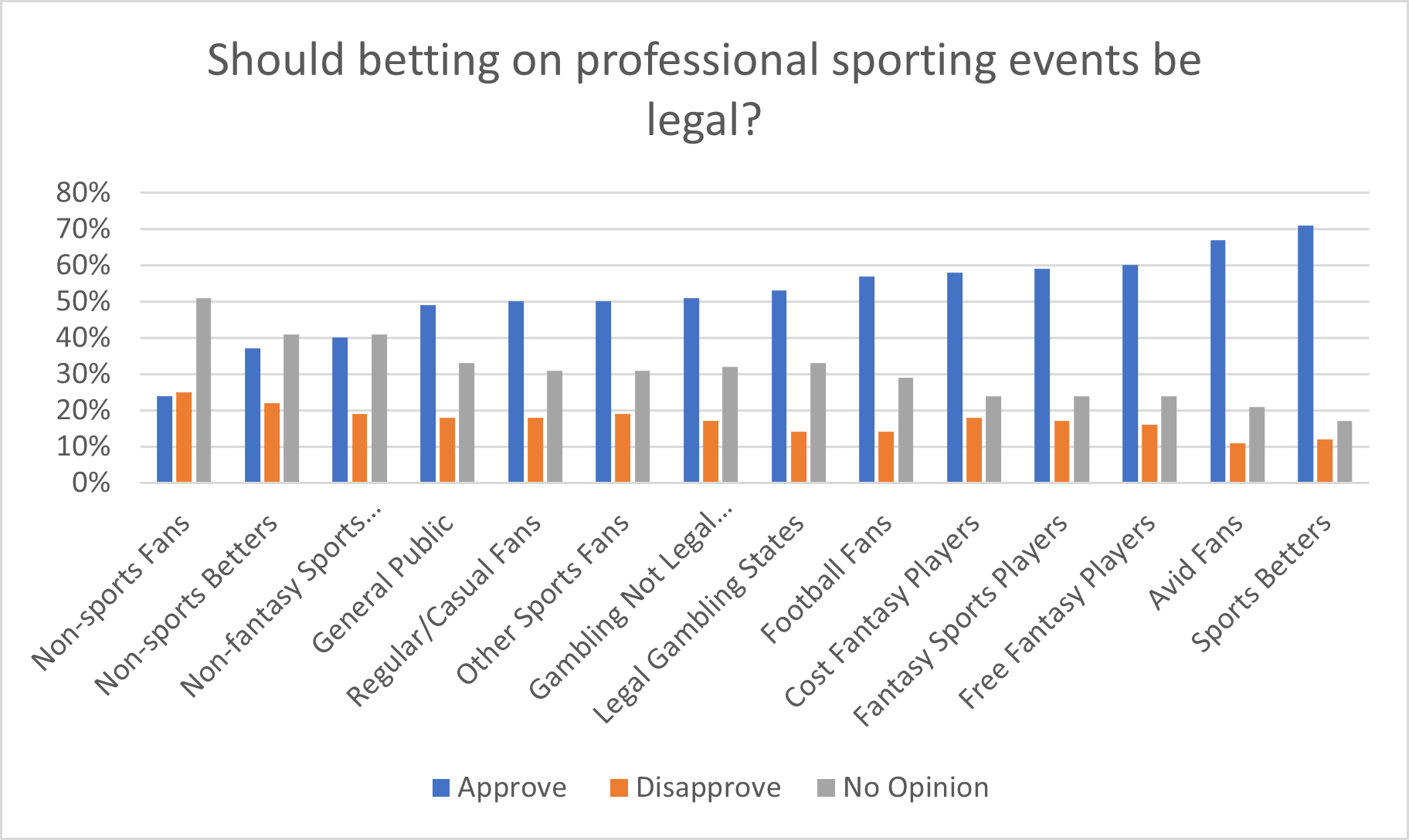 The group most likely to support legalizing sports gambling are Sports Betters at 71% approval, followed by Avid Fans at 67%. Also, just as Sports Betters preferred fantasy sports, Fantasy Sports Players seem to support sports betting, with 59% of Fantasy Sports Players approving of legalization while only 40% of Non-fantasy Sports Players approve. The location of legalized gambling has a minimal effect, with 53% of Legal Gambling States fans approving of legalization and 51% of Gambling Not Legal States fans approving. Non-sports Fans have the lowest approval rating at 24% but have the highest no opinion rating of 51%, likely from lack of interest.

When we look at respondents who have bet on a sports event, we see similar patterns in our segments. Thirty-four percent of all the respondents have bet on some sports event while 54% of Avid Fans have. On the contrary, 59% of Fantasy Sports Players (and 60% of Cost Fantasy Players) have previously made bets, the highest percentages of all of the segments. In this stat we see the influence of betting location, with 34% of Legal Gambling States fans having bet previously, matching the general average, but only 27% of Gambling Not Legal States fans having bet previously. 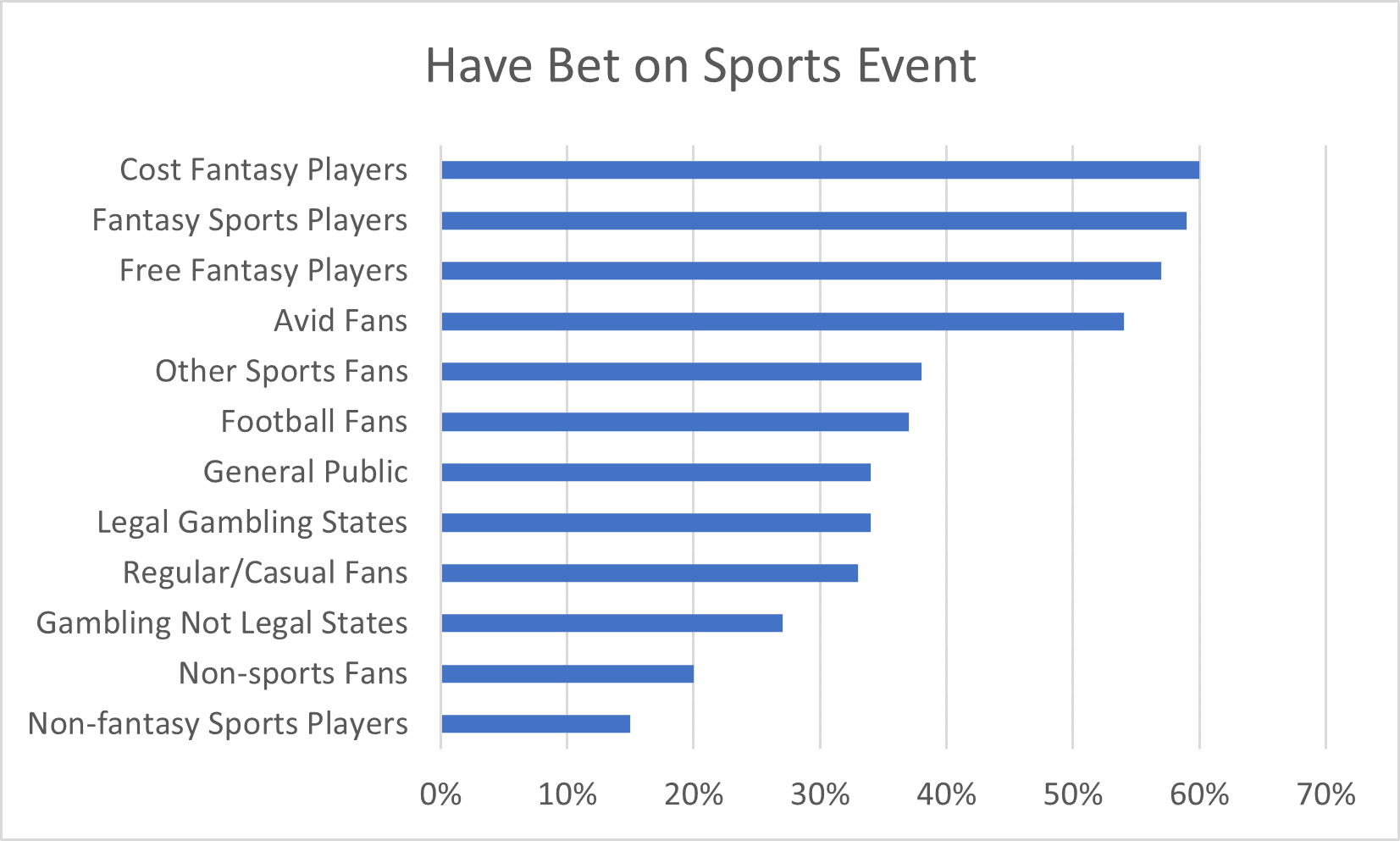